Seventeen-year-old Vane Weston has no idea how he survived the category five tornado that killed his parents. And he has no idea if the beautiful, dark-haired girl who’s swept through his dreams every night since the storm is real. But he hopes she is.

Seventeen-year-old Audra is a sylph, an air elemental. She walks on the wind, can translate its alluring songs, and can even coax it into a weapon with a simple string of commands. She’s also a guardian—Vane’s guardian—and has sworn an oath to protect Vane at all costs. Even if it means sacrificing her own life.

When a hasty mistake reveals their location to the enemy who murdered both of their families, Audra’s forced to help Vane remember who he is. He has a power to claim—the secret language of the West Wind, which only he can understand. But unlocking his heritage will also unlock the memory Audra needs him to forget. And their greatest danger is not the warriors coming to destroy them—but the forbidden romance that’s grown between them.

MY KISS CAN KILL.

I used to be ordinary Samantha Day, but that’s changed. Now, after one dark kiss from a dangerous boy, I can steal someone’s soul…or their life. If I give in to the constant hunger inside me, I hurt anyone I kiss. If I don’t…I hurt myself.

Bishop is the one whose kiss I crave most, but if I kiss him, I’ll kill him. Then there’s another boy, one I can’t hurt. One whose kiss seems to miraculously quell my hunger. They’re both part of a team of angels and demons that’s joined forces in my city to fight a mysterious rising darkness, an evil that threatens everyone I know and love. I just wonder if I’ll be able to help Bishop-or if I’m just another part of the darkness he’s sworn to destroy….

When angels and demons must work together, something beyond evil is rising…

I don’t do dangerious,  Smart, ü ber-careful, ordinary Samantha-that’s me. But I just couldn’t pass up a surprise kiss from my number-one unattainable crush. A kiss that did something to me…something strange. Now I feel hungry all the time, but not for food. It’s like part of me is missing-and I don’t know if I can get it back.

Then there’s Bishop. At first I thought he was just a street kid, but the secrets he’s keeping are as intense as his unearthly blue eyes. If he’s what I think he is, he may be the only one who can help me. But something terrifying is closing in, and the one chance Bishop and I have to stop it means losing everything I ever wanted and embracing the darkness inside me….

When angels and demons must work together, something beyond evil is rising…

I have two weeks. You’ll shoot me at the end no matter what I do.

That’s what you do to enemy agents. It’s what we do to enemy agents. But I look at all the dark and twisted roads ahead and cooperation is the easy way out. Possibly the only way out for a girl caught red-handed doing dirty work like mine — and I will do anything, anything, to avoid SS-Hauptsturmführer von Linden interrogating me again.

He has said that I can have as much paper as I need. All I have to do is cough up everything I can remember about the British War Effort. And I’m going to. But the story of how I came to be here starts with my friend Maddie. She is the pilot who flew me into France — an Allied Invasion of Two.

We are a sensational team.

Riley has crossed the bridge into the afterlife—a place called Here, where time is always Now. She has picked up life where she left off when she was alive, living with her parents and dog in a nice house in a nice neighborhood. When she’s summoned before The Council, she learns that the afterlife isn’t just an eternity of leisure. She’s been assigned a job, Soul Catcher, and a teacher, Bodhi, a possibly cute, seemingly nerdy boy who’s definitely hiding something. They return to earth together for Riley’s first assignment, a Radiant Boy who’s been haunting a castle in England for centuries. Many Soul Catchers have tried to get him to cross the bridge and failed. But all of that was before he met Riley . . .

Having solved the matter of the Radiant Boy, Riley, Buttercup, and Bodhi are enjoying a well-deserved vacation. When Riley comes across a vicious black dog, against Bodhi’s advice, she decides to cross him over. While following the dog, she runs into a young ghost named Rebecca. Despite Rebecca’s sweet appearance, Riley soon learns she’s not at all what she seems. As the daughter of a former plantation owner, she is furious about being murdered during a slave revolt in 1733. Mired in her own anger, Rebecca is lashing out by keeping the ghosts who died along with her trapped in their worst memories. Can Riley help Rebecca forgive and forget without losing herself to her own nightmarish memories?

Riley’s finding that the afterlife can be a lonely place when all you do is focus on work. So she goes to the place where dreams happen, hoping to find a way to contact her sister, Ever. She meets the director, who tells her about the two ways to send dreams. As a Dream Jumper, a person can jump into a dreamer’s dream, share a message, and participate. As a Dreamweaver, an entire dream can be created in a studio and sent to the dreamer. But Dreamweaving was outlawed decades ago, and the studio was boarded up. Thinking it’s her only way to reach out to her sister, Riley goes in search of the old studio. There she finds a ghost boy, who’s been creating and sending nightmares to people for years. In order to stop him and reach out to Ever, Riley is going to have to confront and overcome her own fears.

This time, Riley might really have bitten off more than she’s ready for. After practically begging the Council for a more challenging Soul Catch, she is assigned an actual Roman gladiator—Theocoles, the Pillar of Doom. How is Riley, a skinny twelve-year-old, supposed to get through to him? Then she meets the beautiful Messalina, who convinces her that her only chance is to become part of this world. To accomplish this, Messalina helps Riley through a dramatic, mystical makeover, transforming her into the beautiful and mature teen she’s always wanted to be. Finally, Riley can experience her first boyfriend and her first kiss. With a dream this enchanting, will she ever want to leave? 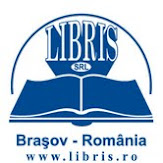